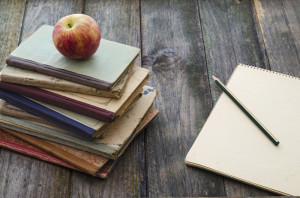 The Common Core State Standards (CCSS) are a reality that affects all U.S. schools, and have been adopted by most states. The CCSS Initiative is a joint effort between the U.S. National Governors Association Center for Best Practices (NGA Center) and the Council of Chief State School Officers (CCSSO). These groups established collaborative working groups to “provide a clear and consistent framework to prepare our children for college and the workforce” (Common Core State Standards Initiative 2012a). Most of the states have accepted the CCSS as the guiding standards document for their state instructional standards.

The mission of the CCSS initiative is to “provide consistent, clear understanding of what students are expected to learn, so teachers and parents know what they need to do to help them. The standards are designed to be robust and relevant to the real world, reflecting the knowledge and skills that our young people need for success in college and careers. With American students fully prepared for the future, our communities will be best positioned to compete successfully in the global economy” (Common Core State Standards Initiative 2012b). The stated goals for the initiative in 2009 were as follows:

While there are a variety of criticisms regarding the CCSS, there are positive aspects as well, such as a sustained, more thorough approach to reading, developing critical thinking skills and more informational writing. Because RCS is a private Christian school, CCSS will not be imposed upon us allowing us to utilize only the best parts in our curriculum. RCS will take the following approach to Common Core State Standards: